After my beloved Canon SD600 bit the dust (and by “bit the dust”, I mean “accidentally got dropped in a river”), I felt like a part of me was missing. I could no longer swerve to the shoulder and get out to take a picture of something that struck my fancy while I was driving. This actually happens quite often – me, on the side of the road, taking pictures. Except that it hadn’t been happening at all lately, because my camera wasn’t working. So when Amazon.com sent me an email a few weeks ago with an absolutely killer deal on a Canon SD770, I bit. And I have to say… I’m impressed. So far, this little camera has managed to take some amazing photos. It goes up to 3200 ISO, and it handles dim light much better than any point-and-shoot I’ve yet experienced. Digital image stabilization? I didn’t know that I was missing it before, and I don’t really know what it is, but wow…

The first night I got my camera, I pulled it out and started taking photos of the Christmas tree. Take a look at the whole tree. See the dove ornament at the top? I zoomed in and took a picture of it while I was sitting on the floor. In the dark. At least 5 feet away. AND IT’S STILL CLEAR. Amazing. 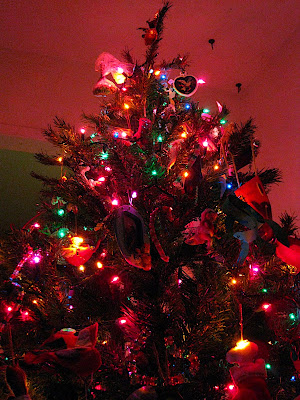 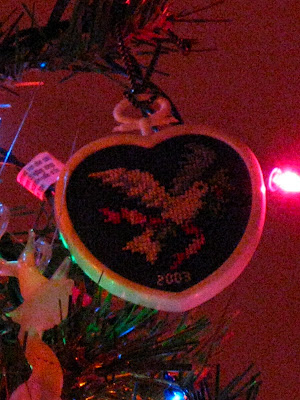 Look at the detail on these: 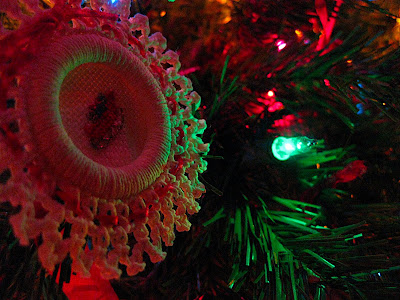 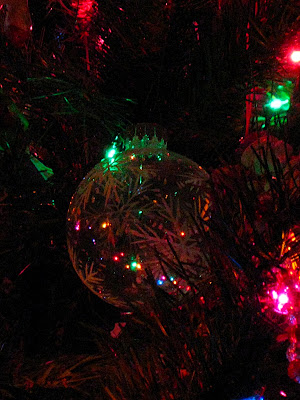 So yeah. That was the first night, on the AUTO settings (minus the flash). Since then, I’ve taken many pictures, and have stopped by the side of the road several times. This one was taken on my way to work. (Kinda makes you wonder what’s over there, right?) 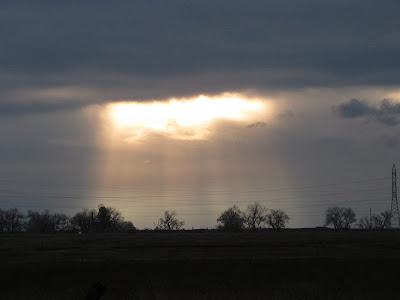 These were also taken on my way to work, on a different day. There was fog that day… I was about to drive into it – this is the transition, right before the fog really started. The sun was rising and between the branches of the trees, there were these fire-red crepuscular rays. Believe it or not, the photos don’t do it justice, because as I drove, the rays would shift and dance, as the angles between tree, sun, and driver would change. 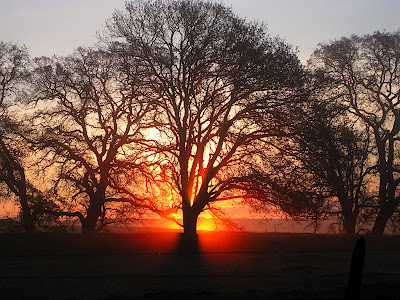 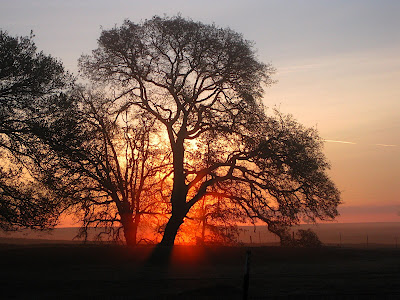 These were not taken on my way to work. There is a lovely little trail right off one of the roads near where I live. It’s almost invisible, and I had been driving in this town for 10 years and had never seen it. Someone pointed it out to me. When you get to the top, you can see the whole valley. Anyway, as I walked along, the sunset got progressively more intense. 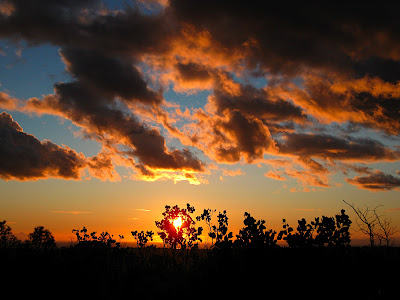 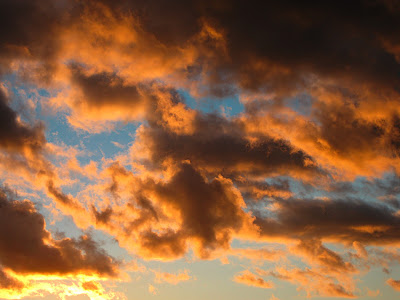 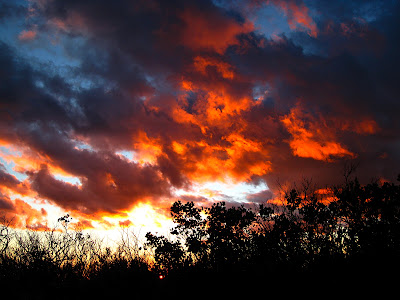 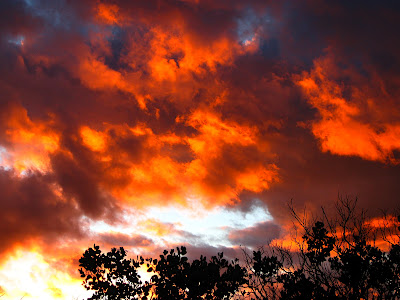 I don’t know why, but I feel more whole with a camera. Maybe it’s the way it helps me connect with the past. Fill in the details a bit. I don’t remember details very well. The way my brain works, my memories are usually a bit like impressionist paintings – conveying feelings and the emotions with sweeping brush strokes, the clear, concrete outlines of things conspicuous in their absence.