Back from UTAH. The land of layered clothing, glossy hair, frozen yogurt, and lovely, lovely canyons. I had a wonderful time. It was way, way, WAY too short though. I’m thinking I need to take some unpaid time off so I can have a respectable vacation. I still really don’t know how anybody has time for a full-time job. I certainly don’t.

Anyway, while I was in Utah, I had some cheese curds and didn’t hate them. The last time I ate cheese curds was 13 years ago when Erin M. bought some on a young women trip to Southern Utah. The cheese curds I had this time were from Logan, from the Utah State University creamery, which was the ONLY thing open when we went there to show Katie the campus. (Seriously. EVERY other building was locked up.) I also had some ice cream while I was there, which was pretty good. But alas, Katie – poor Katie – she chose the bubble gum ice cream. She said it was the worst ice cream ever. And I thought, “Surely, it can’t be the worst ice cream EVER – I mean, come on. There’s some pretty bad ice cream out there…”

But then I tried it. And let me tell you, Internet. It was, truly, the Worst. Ice cream. EVER. Also, we’re pretty sure it was a monster. 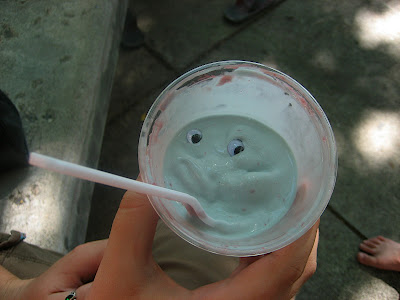 We had lots of fun. I saw new babies, and new houses, and watched Stardust under the stars. (Seriously. The freakin’ stars.) We also went to McDonald’s. This isn’t particularly noteworthy – except that I took a picture. 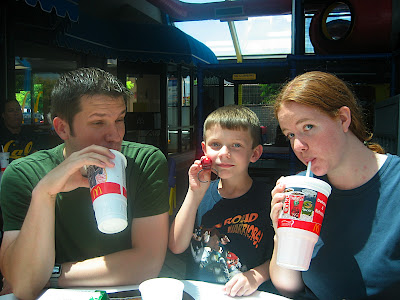 Sometimes I monitor the “customer feedback” inbox at work.  Thought I’d share this helpful comment we got from one of our site visitors.

“I do not see my ad in your bulletin sheets I would like to look at through it in the bathroom and found it does not clear anything well. You are full of need of concern if not I will go further in this area. It would be great if you make another break through with the director of the leading issues and so on with the people too. You are the need to be well. I am focusing on the need in hand that you do not know of the light. Bye.”